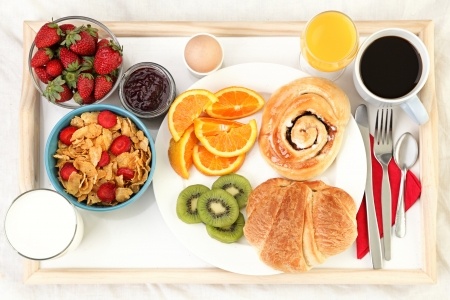 The battle lines are drawn. A large amount of blood has poured out upon the battlefield….well at least a large amount of maple syrup. The battle for breakfast, the most important meal of the day, is in full swing. Who are the key players? McDonald’s and Taco Bell. Wait…Taco Bell? The company that aggressively promotes the “fourth meal” (a meal late at night in-between dinner and breakfast)? Although Taco Bell would not be my first guess as the next company to challenge McDonald’s for share of breakfast, they’ve quickly shown they mean business. Why would Taco Bell look to penetrate the breakfast market? Simple, “it’s all about the Benjamin’s.” In 2012, breakfast made up $10 billion in U.S. restaurant sales for McDonald’s, according to data from food research and consulting firm Technomic. That $10 billion represents one-third of fast food breakfast sales. Let’s take a look at the first few chess moves made in the war over breakfast.

Will the real Ronald McDonald please stand up?

Taco Bell threw the first punch by launching a series of TV spots that show real-life people named Ronald McDonald giving exceptional reviews of their breakfast items. All of the spots end with the line, “Delicious new breakfast everyone can love, even Ronald McDonald.” As of today, the video has over 2.1 million views on YouTube.

The day after Taco Bell released their Ronald McDonald ads, McDonald’s fired back by posting an image on its Facebook page of the “real” Ronald McDonald crouching down and petting a Chihuahua (Taco Bell’s old mascot). The Facebook post’s caption said, “Imitation is the sincerest form of flattery,” and included a link to the McDonald’s breakfast menu. This image shows how “little” Taco Bell is compared to McDonald’s and tries to make a mockery of their efforts. It’s almost like McDonald’s was patting Taco Bell on the back and saying “nice try little guy”.

Throwing down the hammer

As if making a mockery of Taco Bell’s efforts wasn’t enough to squash the perception of Taco Bell as a real threat to McDonald’s reign as the “King of Breakfast”, McDonald’s decided to squash their opponent once and for all. From March 31st to April 13th McDonald’s is offering FREE coffee during breakfast hours. How can someone turn down free?

Taco Bell had to anticipate McDonald’s attempt to crush them; I’m excited to see Taco Bell’s next move…just as long as it’s not a Doritos Locos Big Mac.

Taco Bell fired back today by running an ad portraying the Egg McMuffin as “old fashion” and Taco Bell’s breakfast menu as “new-age”.