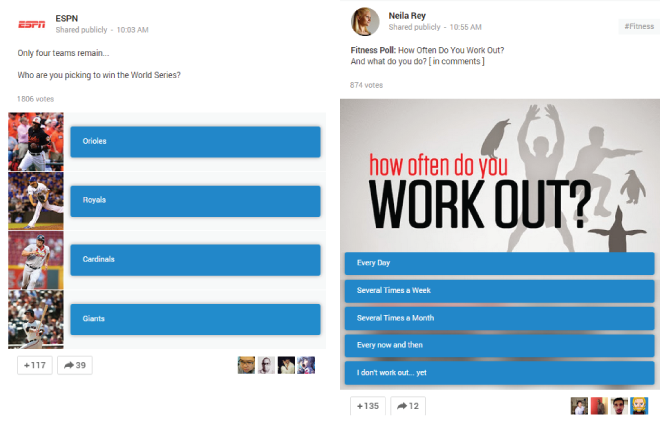 Part of a larger research plan

I guess, in a way, as researchers we should be honored that Google sees the opportunity in research. Anything that Google puts their hand in is almost a public stamp of approval. On the other hand, Google’s success could mean bad things for researchers as well. Time will tell.

Easy on the eyes

I’ve always been amazed when I see a low-quality product be extremely successful because “it looks pretty.” Google+ polls do not have any more “research capabilities” than Facebook or Linkedin had, they simply look better. Google+ polls offer a few straightforward layout options and the ability to add images.

I’m encouraged to see social networks continue to experiment with “new” research capabilities. Hopefully Google+ can learn from the mistakes of Facebook and Linkedin and create something that provides value to the research community.

Optimizing the Appeal of Your Product Portfolio