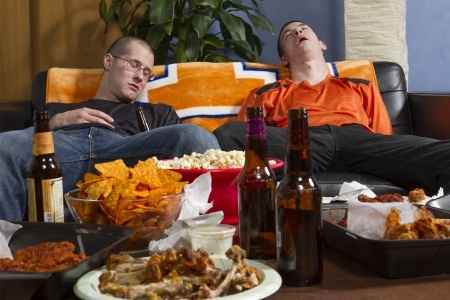 The ROI of a Super Bowl Ad

The Super Bowl is the time of year that everyone turns their attention to the T.V. It’s not just for sports fans, but it’s a spectacle for the advertising industry as well. It’s a time for advertisers to strut their stuff down the flashy red carpet. The Super Bowl is the ONLY time of the year where people tune in specifically for the commercials. For this year’s telecast, a 30-second spot is estimated to be a whopping $4 million! Let’s pause for a second and think about what you could do with $4 million…..wow…ok, let’s move on. The obvious elephant in the room is what is the return on investment from such a lucrative ad?

A recent study published on Ad Age showed that 4 out of 5 Super Bowl advertisements failed to increase purchase intent. Yikes! Let’s imagine a hypothetical meeting next year where company executives plan out their marketing dollars for the upcoming year.

CMO (fighting for his job) – “I think we should look at investing in a Super Bowl ad.”

President – “Interesting idea. How much would this cost?”

President – “Are there any studies that show the ROI of doing something like this?”

President – “So, you’re asking me to spend $4 million dollars on one ad that has a 20% chance of success?”

CMO (fighting for his job) – “At least we have a chance, right?”

All kidding aside, what is the real reason people buy Super Bowl ads now? I think it’s become more of a status statement than a sales-driving initiative. It’s like buying that expensive watch that you’ve wore only 3 times in the 5 years you’ve owned it. You only bring it out on special occasions to show that you’re doing well.

Why do Super Bowl ads fail to increase purchase intent?

Due to the short amount of time a brand has to make an impression in a Super Bowl ad, it has to increase the “entertainment value” higher than traditional ads. Brands have a short amount of time to make a big impression (something you want people to share). Super Bowl ads actually do better than average in ad awareness, with 44% of people remembering they’ve seen an average Super Bowl ad vs. 32% for other ads that get similar gross-rating-point exposure. The pressure to make a big splash has made the ads more about the entertainment value rather than brand awareness. As a result, people not surprisingly remember the brands less often in Super Bowl ads. People who remember seeing a Super Bowl ad recall the brand 35% of the time vs. about half the time for other ads.

While this study does raise some sobering awareness to the ROI of Super Bowl ads, it is too early to measure the long term impact of marketing investments. If a study like this came out and showed the same ROI numbers for long-term impact; I think it would be hard for advertisers to ignore.

Why Building Material Marketers Must Be Multilingual

How To Clear Up The “Fuzzy” Front-End Of Marketing Communications