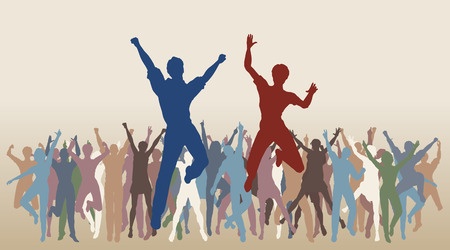 Crowd creation is leveraging the crowd’s skill in creating new assets. Many different platforms fall under this classification. A classic example is iStockPhoto, where a community of photographers and graphic designers contribute their created assets to a community of prospective buyers at a fixed price. iStockPhoto’s model is dependent on the consistent creation and contribution of content from its community of sellers.

Other platforms that fall under the “Crowd Creation” classification are companies like InnoCentive and eYeka that engage a crowd in a content creation process through a “contest-like” environment. These companies present a problem or request to a crowd and ask for their engagement by offering the chance of winning a prize. Companies use this type of prized-based Crowd Creation for a variety of reasons. Some of the most common reasons are Open Innovation and Content Creation.

For Open Innovation, companies may present a scenario or problem to a crowd and ask how they would solve it. The best entry (or entries) may receive a prize. In a non-contest setting, participants receive a reward for simply participating.

In a non-contest setting, companies can pose a question or scenario to a crowd and ask for open-ended responses. An exercise like this, results in a large amount of fresh ideas directly from consumers: which are collected in consumer language (this can be very helpful in the creative development process). Although this process involves the creation of new assets, it is more about leveraging the “wisdom of the crowds” for idea generation or voice-of-the-customer feedback.

For Content Creation, you’ll see companies like Doritos ask their fan base to create a commercial with the hope of their winning commercial airing during the Super Bowl. The benefit to Doritos from an exercise like this is not simply a “great” commercial” but they receive an enormous amount of new content (that they own), which they can use in raw form or use to extract insights into what their fan base views as their best positioning or advertising strategy.

We’ll highlight one more subset of “Crowd Creation” and move on. Let’s look at the example of Linux, an open source operating system developed by a community of avid programmers. The community collectively creates and refines the operating system.

Possibly the most obvious type of crowdsourcing, crowdfunding is the process of funding projects by a multitude of people contributing a small amount in order to attain a certain monetary goal. The most famous example is the company Kickstarter, which is used to help people fund bringing new products to market, recording a new album (music), starting a new business, and many other things.

Crowdvoting leverages the community’s judgment to organize, filter and stack-rank content such as newspaper articles, music and movies. The Internet presents a variety of methods to perform voting – ratings of articles by end-users or computer-driven algorithms that evaluate popularity via links and page views. Google’s search engine is built upon the principle of Crowdvoting.

Microwork is where users do small tasks, for which computers lack aptitude, in exchange for small monetary rewards. For example, if you have 1,000 photos on your website that need captions, you can ask 1,000 individual people to each add a caption to one photo (typically .01¢ – .10¢ per task).

Macrowork is pretty much the opposite of Microwork. It requires a longer, fixed amount of time and a specific skill set to complete the task.

Which type of Crowdsourcing is right for you?

In Jeff Howe’s book Crowdsourcing: Why The Power of the Crowd is Driving The Future of Business he states: “Ask yourself not what the crowd can do for you, but what you can do for the Crowd.”

Howe is making the point that you get the best results when your project stimulates the crowd you choose. Each crowd has its own set of characteristics that make it tick. So the first step is understanding the DNA of each crowd.

After this, ask yourself, “Is this crowd built to answer my question?”. Not every crowd type has the ability to answer every type of question. For example, you would not want to ask the Crowd Creation type to transcribe 500 audio tapes for $5 a tape. For one, this crowd is not stimulated by this request, so engagement rates would be very low. Secondly, this crowd is not built for this type of activity.

Crowdsourcing is a very powerful strategy. However, if you engage with the wrong type of crowd, you won’t be pleased with the results. Don’t be like the 400-pound drunk fan at a Taylor Swift concert who tries to crowd “surf” into a crowd of small teenage girls, only to fall flat on his face. Rather, be the lead singer of a rock band diving into a crowd of his biggest fans.