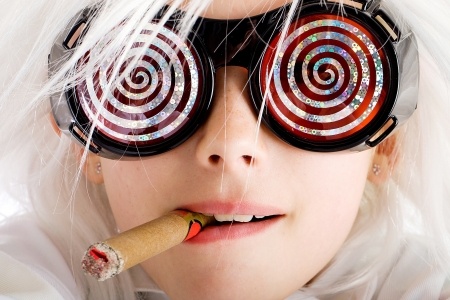 As with all great marketing ideas, many imitators soon follow. Who would have guessed 5 years ago that the hottest marketing trend in 2013 would be to “be as weird and unrealistic as possible”? In hindsight, I guess we should have seen this coming with the paradigm shift of what is commonly viewed as “funny” these days. Take the hit show “The Office” for example. Many of the character storylines involve them being as weird as they possibly can. Somehow the shock of someone being surprisingly weird has turned comical. Regardless of whether or not you think being “weird” is funny, the reality is that it’s an incredibly successful marketing strategy. Let’s take a look at three companies who have executed this strategy to perfection.

Old Spice pioneered this tactic with their over-the-top commercials with former actor and professional athlete, Terry Crews. Since then an array of former athletes (notably Greg Jennings and Ray Lewis), have been featured in the commercials. This type of marketing was so outrageous of that it smacked consumers in the face and the only natural reaction was to share the madness with their friends.

Perhaps the most shocking company to use this marketing tactic was Kraft, whose marketing messages have traditionally been rather conservative. Known for their family meals and healthy kid snacks, it was only natural for Kraft to market conservatively. It is for this same reason that I believe Kraft’s new marketing campaign has the same “shock-value” that Old Spice did when they first launched this strategy. No one would have expected a Kraft commercial to feature a guy burning his shirt off while seductively talking to the audience.

Dr. Pepper’s marketing has traditionally highlighted their distinct taste and “23 flavors”. Dr. Pepper’s new marketing campaign, around Dr. Pepper 10 (the same “manly” drink but with only 10 calories), features a “manly man” doing all sorts of unrealistic things. Although I don’t think the commercial has anything to do with the Dr. Pepper product, I do recognize that Dr. Pepper hit the nail on the head with this strategy. I’d be lying if I told you I didn’t watch this video 5 times in a row and laugh out loud each time.

Times are changing in the marketing world. I think a more appropriate rendition to the common phrase, “fit in or get out” should be “be weird or be forgotten”.

What are some of your favorite “weird” commercials out today and what makes them stay on your mind?

3 Ways Agencies Use Market Research to Win in 2013

Looking Over the Horizon of the Big Data Phenomenon